Sylvie Namwase is a part-time lecturer at Makerere University and a post-doctoral research fellow at the Human Rights and Peace Centre: School of Law, Makerere University, Uganda. In 2019, she completed a post-doctoral fellowship on human rights and peacebuilding at the Centre for Resolution of International Conflicts: University of Copenhagen in Denmark. Sylvie holds a PhD from the University of East London, UK (2017). Her thesis interrogated the efficacy of legal standards on the use of force during riot control in relation to crimes against humanity under the Rome Statute. She holds a master’s degree in law (LLM) from the Centre for Human Rights at the University of Pretoria, South Africa (2011). While there, she received the Victor Dankwa award for best performance in the Human Rights in Africa module under the LLM program on Human Rights and Democratization in Africa, 2011. She is a recipient of a 2020 APN individual research fellowship award. Her APN project examined national dialogues as state-led and state-backed initiatives of nation-building in Uganda and Rwanda. 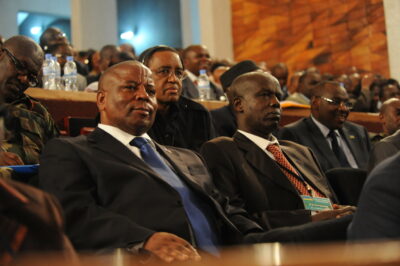