Bernardo Venturi is an Associate Fellow at the International Affairs Institute (IAI), Director and Co-Founder of the Agency for Peacebuilding (AP), and Adjunct Professor at the University of Bologna. He has 16 years of experience as a scholar and a practitioner, publishing extensively on peacebuilding, security, Africa affairs, and European Union foreign policy. He consults for international organizations and NGOs, and he lectures in several MA courses and international training programs. Bernardo obtained his PhD in 2009 from the University of Bologna, where he also held a post-doctoral research fellowship. Periods of study and research led him to the Chulalongkorn University in Thailand, the Moldova State University, the Oslo’s Peace Research Institute (PRIO) in Norway, the United States Institute for Peace (USIP), and the Sussex University in the UK. Among his past positions, he also contributed to the European Peacebuilding Liaison Office (EPLO).

AU-EU Relations on Peace and Security 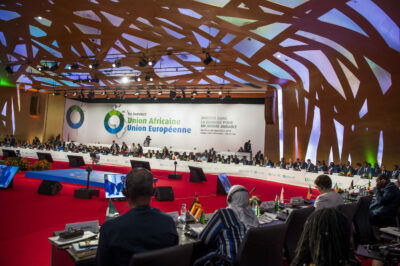