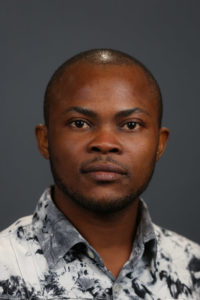 Emeka Thaddues Njoku is an alumnus of the Next Generation Social Sciences in Africa Doctoral Dissertation Proposal Fellowship (2015) and Doctoral Dissertation Completion Fellowship (2016). He holds a PhD in Political Science from the University of Ibadan, Nigeria. His research focuses on the intersection of civil society organizations and security governance, particularly post-9/11 international and state level counter-terrorism policies and practices. He was also a 2017 fellow of the Brown International Advanced Research Institute (BIARI), at Brown University and received but declined the Early Career Residential Fellowship (2017) at the African Doctoral Academy, Stellenbosch University, South Africa. His research has been published in Studies in Conflict and Terrorism and VOLUNTAS: International Journal of Voluntary and Nonprofit Organizations while his commentaries have appeared in Geopolitical Monitor, Eurasia Review, and Russia Now.

The title of my dissertation was “Civil Society Organizations and Counter-Terrorism in North Eastern Nigeria.” My Masters degree project prepared me to understand the concept of terrorism and counter-terrorism; however, when I began my PhD I realized that there has been a lot of work done on terrorism in Nigeria but mostly on Boko Haram and I wanted to do something really different. So I continued to engage the literature and I stumbled upon the works of certain scholars who were questioning counter-terrorism policy post-9/11. They were looking at the diverse manifestations or many guises of the post-9/11 counter terrorism policies with respect to how it affects the operational capacities of civil society organizations. So I began to look at my research in this area and discovered the variations in linkages between counter-terrorism policies and civil society organizations.

And so this problem reflects the thought of scholars who argued how the war on terror unfolded in different countries. With some countries [counter-terrorism policy] is dependent on the nature of the political regime, the nature of the state and civil society organizations, and relations between the civil society organizations and the state. And so I then decided to bring Nigeria into the debate because I also discovered that comparatively there have not been studies like these in the West African, particularly the Nigerian context. And so I felt it would be important to understand the various intersections between counter-terrorism policies and civil society organizations in Nigeria. But what I also did was to take a different methodological approach because most studies I engaged at the time used the more qualitative approach to look at these issues, but I decided to adopt a mixed methods approach that employs both qualitative and quantitative research methods.

So now after you developed this topic for your dissertation and you did all of your research and investigations, how are you expecting your work to impact peace & security discourse in global communities?

My research has both geographical and policy relevance. My study is relevant to international development agencies in their considerations of approach for engaging with counter-terrorism policy, states, and local civil society organizations and increasing and changing context that builds laws, the boundaries between freedom, security, and development issues. Now for local civil society organizations, my work offers an evidence-based analysis that influence hows counter-terrorism measures [are implemented].

I discovered from my findings that most of the organizations that are more affected by counter-terrorism measures were community-based organizations. Smaller organizations who could not meet the standard of the new security regulations that have been produced and so most of them have [been pushed] out. And this is part of the problem because most of these community-based organizations have those grassroots connections with local communities across the Northeast. They have been working for a long time against the Boko Haram and then government [enacts] policies that makes it impossible for the organizations to operate. It has implications for counter-terrorism measures and  proliferation of terrorism in Nigeria.

How you expect this to contribute to the production of other scholarly knowledge?

In terms of contribution of my research to scholarly discourse, my study advances fresh perspectives on the diverse manifestations of the post-9/11 counter terrorism policies. It provides an empirical understanding, first of the logic behind the construction of a [security] role for civil society organizations within the context of counter-terrorism.

Jaclyn Williams is the Communications Intern for Next Gen. She is a Macaulay Honors Scholar and Hertog Scholar at the City College of New York (CCNY). Jaclyn will graduate this spring with a degree in international studies and minors in Spanish language and economics. Early in her college career, she earned a Jeannette K. Watson Fellowship, which took her to New Delhi, where she cowrote a report at Brookings India and then to Cape Town to work with communities through the South African Slum/Shack Dwellers International Alliance. Inspired by her experiences abroad, Jaclyn plans to return to Africa to work... Read more