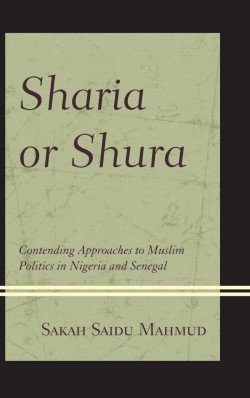 Although the past decade has witnessed a plethora of academic publications focusing on the rise of Islamic fundamentalism inspired violent attacks in Africa, very few publications have paid attention to the form and nature of Muslim politics on the continent.1Much of the scholarly publications on the rise if Islamic fundamentalism in Africa since the 9/11 attacks have focused on the activities of terrorist organizations such as Boko Haram, Al Shabaab, and al Qaeda in the Islamic Maghreb (AQIM). However, many of these publications omit the nuanced historical, social, and political analyses that speak to the complexities of Muslim politics on the African continent. Moreover, scholarly publications that approach the subject matter of Islam and Muslim politics from a comparative perspective are rare.2Only a few works have sought to address issues of Muslim politics in different African countries, albeit mostly as single country case studies. See for instance William F. S. Miles (ed.), Political Islam in West Africa: State-Society Relations Transformed (Boulder: Lynne Rienner Publishers, 2007). But, in Sharia or Shura: Contending Approaches to Muslim Politics in Nigeria and Senegal, Sakah Saidu Mahmud provides some insights into Muslim politics across two similar yet different Muslim countries in Africa.3Nigeria and Senegal both share a common Islamic history in relation to the presence of two major Sufi turuq (the Qadiriyya and Tijaniyya Brotherhoods). Muslims in the two countries are mostly Sunnis, even though some non-Sunni Muslim groups are identifiable in both countries. But, unlike Senegal, Nigeria is a more populous and demographically diverse country with a population of more than 160 million people and over 300 ethnic groups.

Unlike some scholars and commentators who equate Islam and Muslim politics with violence since the 9/11 attacks in the United States, Mahmud seeks to make a clear distinction between the two. He examines two major approaches to Muslims politics—that of Sharia and Shura—by focusing on the nature and form of Muslim politics both in the northern part of Nigeria and the whole of Senegal. For Mahmud, Sharia refers to a form of “political Islam” which draws “meaning from Islam applicable to problems of contemporary governance, society, and politics,”4Sharia or Shura, p. 9. while Shura refers to “civil pluralist Islam which affirms democracy, voluntarism, and a balance of countervailing powers in the state and society.”5Sharia or Shura, p. 10. Based on analyses of various primary and secondary data obtained during fieldwork in Nigeria and Senegal, Mahmud affirms Sharia is the dominate approach to Muslim politics in northern Nigeria, while Shura dominates in Senegal.

Mahmud argues that “peaceful or violent manifestation of religious politics are caused not by the religion [Islam] per se, but rather by the experiences, and social and political factors in contemporary societies.”6Ibid. These experiences, including the history of reformists Islam and colonialism in northern Nigeria and Senegal, shape and determine how Muslims engage with the state and the rest of society. In the case of northern Nigeria—where, according to the author, Sharia dominates—the success of the nineteenth century jihad of Uthman Dan Fodio, and the colonial administrative policy of indirect rule used by the British in governing northern Nigeria, laid the foundation for political Islam in the region.

Conversely, the author maintains that despite the initial successes of jihadist reform movements in Senegal during the seventeenth and eighteenth centuries, the reform movements did not last long enough to establish strong foundations for political Islam. Instead, Mahmud explains the separation of religious affairs from state affairs only deepened with the arrival of the French and the introduction of the latter’s colonial administrative policy of direct rule.

Regardless of the significant role history plays in explaining the nature and form of Muslim politics in northern Nigeria and Senegal, Mahmud maintains that social, political, and economic factors are the major determinants of Muslim politics. In his words, “The direct causal or independent variables which explain the form and nature of Muslim politics are…the sociopolitical environment—social structure and institutions within which different Muslim groups interact with each other and with other religious groups.”7Ibid. According to Mahmud, “These factors can produce different interpretations of religious doctrines to meet the demands of individuals and groups as they respond to societal forces.”8Ibid.

Within the northern Nigerian context, factors such as a federal system of government, weak state capacity, and a heterogeneous ethno-religious and demographic composition encourage the growth and expansion of political Islam. In addition, the author maintains that Muslim groups in Nigeria tend to be religiously organized under loose hierarchical and leadership structures, making it difficult for political and religious elites to effectively control the nature and form of Muslim politics. In Senegal, however, a unitary system of government, strong state capacity, and a somewhat homogenous ethno-religious and demographic composition encourage the deepening of more civil and pluralist approaches to Muslim politics. He further claims that religious groups in Senegal often operate under more hierarchical and close-knit leadership structures than those in northern Nigeria.

Put together, the insights provided in Mahmud’s book are quite important for two main reasons. The first is that the book helps one to understand how and why two countries with similar origins in Sunni Sufi Islam diverge in their approaches to Muslim politics. The second is that it provides explanations on the influence of various sociopolitical structures and institutions that shape the nature and form of Muslim politics in northern Nigeria and Senegal. Along this line, and particularly with respect to existing questions on the rise of Islamic fundamentalism in Nigeria in recent years, it can be added that Mahmud’s book helps shed some light on the possible sources of concerns that border on protecting the collective interests of Muslims in Nigeria.9Within the context of the larger discourse on why some Muslims in Nigeria continue to advocate for Sharia, see Jonathan T. Reynolds, “Islam and Colonialism in Africa,” in Africa (Volume 3), ed. Toyin Falola (Durham, North Carolina: Carolina Academic Press, 2002), 190. See also Murray Last, “The Search for Security in Muslim Northern Nigeria,” Africa 78, no. 1 (2008): 41-63. Understanding such interests is key to advancing peaceful co-existence in modern Nigeria. After all, as Mahmud notes, “Muslim politics, like politics anywhere, involves groups and collective interests.”10Sharia or Shura, p. 136.

Despite the book’s useful insights, however, two major weaknesses can be identified. First, the book does not sufficiently account for the variance in approaches to Muslim politics within the Nigerian context. Even though the author acknowledges that Muslim politics in southern Nigeria tends to follow the Shura approach in Senegal, in-depth analysis of the variance in Muslim politics between and amongst Muslims in northern and southern Nigeria is not provided. Second, analyses of factors explaining the rise of reform movements in northern Nigeria—including the emergence of a Sunni Salafist group like Boko Haram—is largely missing. Although one can deduce from the author’s analyses that the loose religious and organizational leadership structures make it easier for splitter groups to emerge, accounting for the multitude of different—sometimes heretic—groups like Maitatsine in the Nigerian context requires more nuanced analysis than what is obtainable in the book.

Notwithstanding these weaknesses, Mahmud’s Sharia or Shura makes an interesting read for anyone interested in learning about some of the factors that explain the differences in approaches to Muslim politics in northern Nigeria and Senegal.

Olabanji Akinola is a PhD candidate in the department of political science, University of Guelph, Guelph, Ontario, Canada. His research interests straddle topics relating to African politics, governance, and socioeconomic development. He is the author of “Boko Haram Insurgency in Nigeria: Between Islamic Fundamentalism, Politics and Poverty,” African Security, 8.1 (2015): 1-29. He can be reached at oakinola@uoguelph.ca.