Dr. Aymar Nyenyezi Bisoka is a lawyer and political scientist and obtained his PhD at the Catholic University of Louvain, Belgium. He works on three theoretical and epistemological challenges that he is developing in recent years through several collaborations: the subjective approach to power in access to natural resources (since his PhD thesis); the reformulation of the peasant issue in studies on armed groups in Africa (as part of a postdoc at Ghent University); and the development of an Afro-critical perspective in social sciences (in a project with Cambridge University and the African Postgraduate Academy of Goethe-Universität Frankfurt). Bisoka has taught in recent years at the Rift Valley Institute and several other universities in the Democratic Republic of Congo, Burundi, and Belgium. Before moving into research, he worked for ten years on development cooperation in Africa and Europe and continues to collaborate in this sector on issues of development, governance, and security. He has published numerous articles in English and French in several leading journals as well as in several books and journals readily available to his African students and colleagues. Bisoka has also won several international awards and grants including some from CODESRIA and the SSRC African Peacebuilding Network (APN IRG 2017). He has recently been elected into two visiting scholarships at Oxford University (2019) and Cambridge University (2020).

“Please, I Can’t Breathe”: The Liège Tag and European “Sadonarcissism” 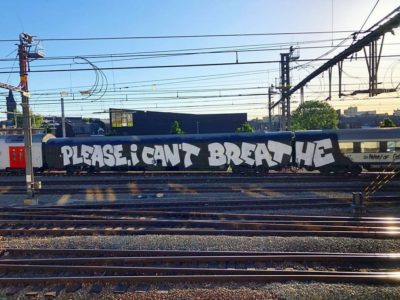 One might therefore ask: why does Europe not understand the slogan "Please, I can't breathe," or "Black Lives Matter," as…

Ebola in the Congo: a forgotten conflict became a danger to world health 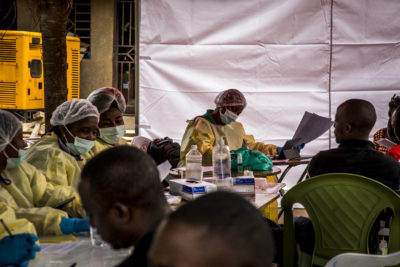 The original article can be found at The Conversation here. Ayamar Nyenyezi Bisoka is an APN IRG alumnus (2017). Aymar Nyenyezi…